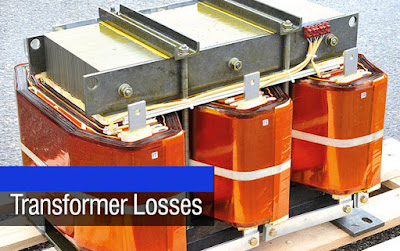 As we no machine in this world is ideal.The transformer is also not an exception to this. There are two types of losses in transformers they are
(i) Core Losses Or Iron Losses
(ii) Copper Loss In Transformer

(i) Core Losses Or Iron Losses in Transformer


Hysteresis losses occur due to reversal of magnetization in the transformer core.The magnetizing and demonstration curve of any material will not be same.Some loss happens due to cohesive force between magnetic atoms. 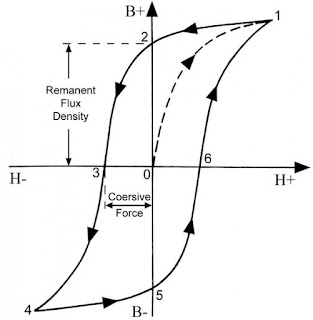 The hysteresis loss in transformer depends on the volume and grade of the iron, frequency of magnetic reversals and value of flux density. It can be given by, Steinmetz formula:

where,   η = Steinmetz hysteresis constant
V = volume of the core in m3

How to reduce Hysteresis Loss in Transformer?

We can reduce hysteresis losses by using Cold Rolled Grain Oriented (CRGO) Silicon Steel.In earlier days we used silicon steel as transformer core after that CRGO steel found less hysteresis constant.
Eddy current loss in transformer
The transformer works only on alternating current when AC current is supplied to the primary winding of transformer, it sets up alternating magnetizing flux. When this flux cuts the secondary winding, emf will be induced in it.This main flux also cuts the core of the transformer, As we know whenever flux cuts the magnetic material emf will induce in it.which will result in small circulating currents in them due to closed path of the core. This induced current is called as eddy current. Due to eddy currents, some energy will be dissipated in the form of heat.
We= ηB²f²T (watts)
We ∝ T
where,   η = Steinmetz hysteresis constant
T = Thickness of lamination in m
How to reduce Eddy current loss in transformer? 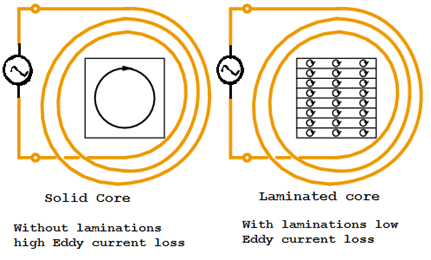 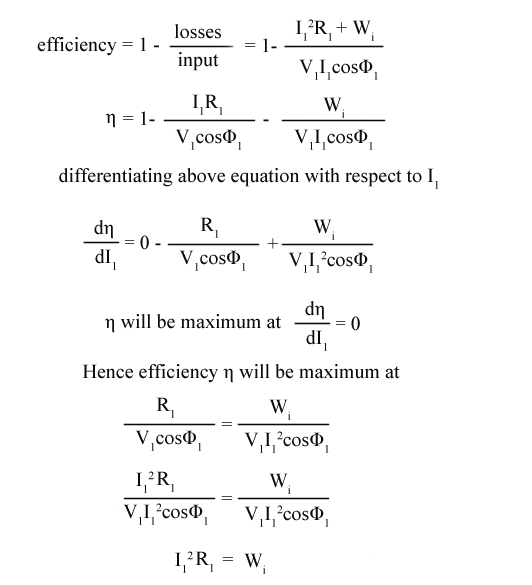 Hence, efficiency of a transformer will be maximum when copper loss and iron losses are equal.That is Copper loss = Iron loss.